Hi! I’m Jay, the new recruit.  🙂 A first timer on an international race, as well as to crew on a multihull.

Wow! It’s been a while since the race and writing this piece brings me back to that awesome experience that capped off my 2019. It feels like I am reliving the moment! So here it goes… 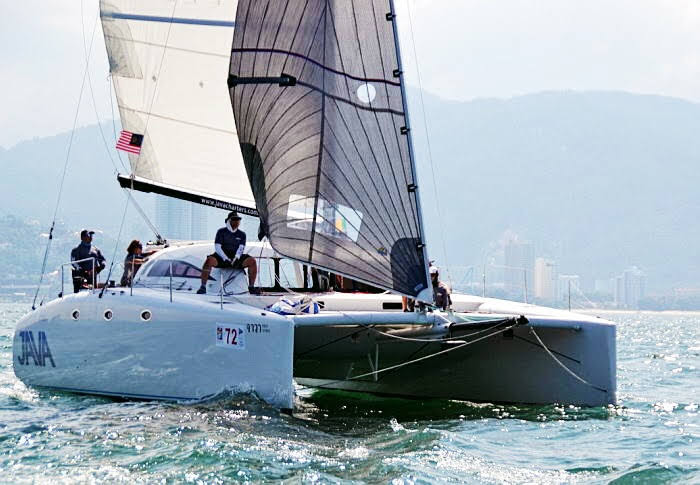 A beautiful Stealth 11.8 Catamaran that she already is but with a slight makeover – made her super light and dressed in racing sails, this beauty was the beast and was ready for Raja Muda!

As a new recruit, new to sailing and new to a catamaran, it went without saying that I definitely needed practice. Our Skipper, Pete made sure we get exactly that, practice, practice, practice! In preparation for the race, the team wakes up at 7:00AM to get ourselves ready and on the boat by 8:00AM. 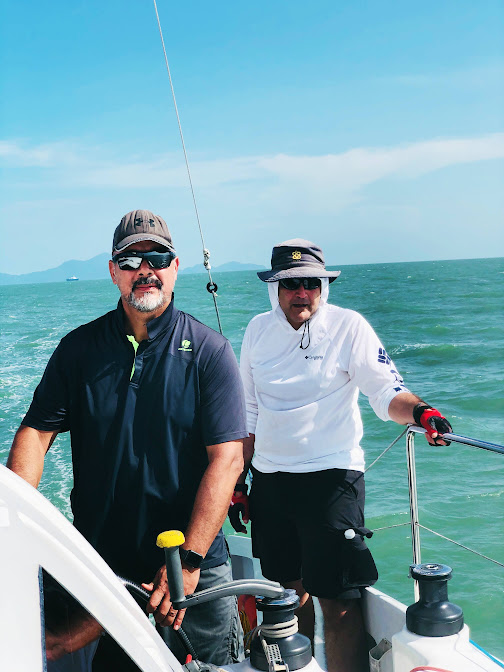 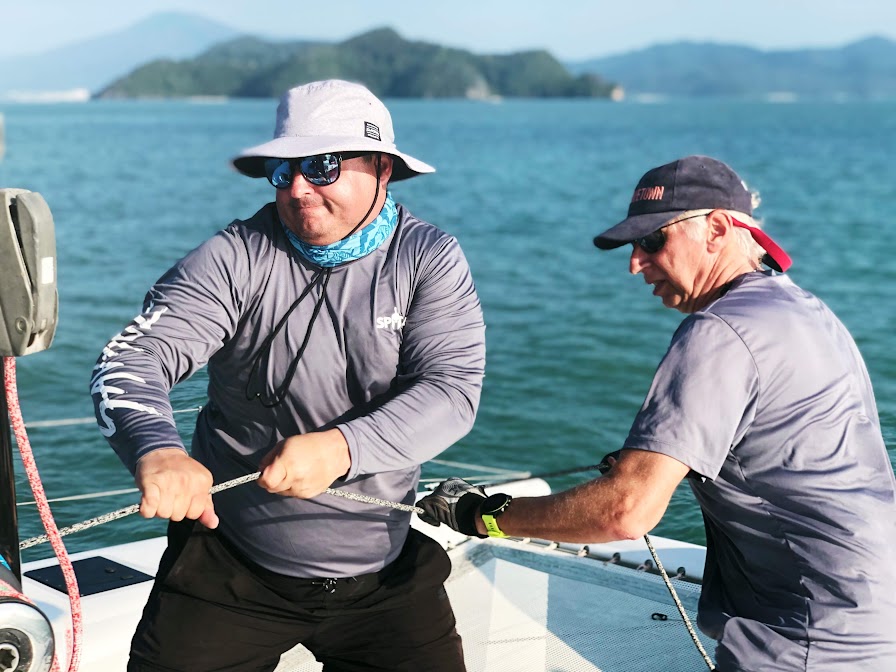 For four days, we were able to familiarize ourselves to our assigned roles and how we would be moving as we would on the actual race. As the saying goes, practice makes perfect – and perfect it was as the dynamics of the team just went on smoothly. 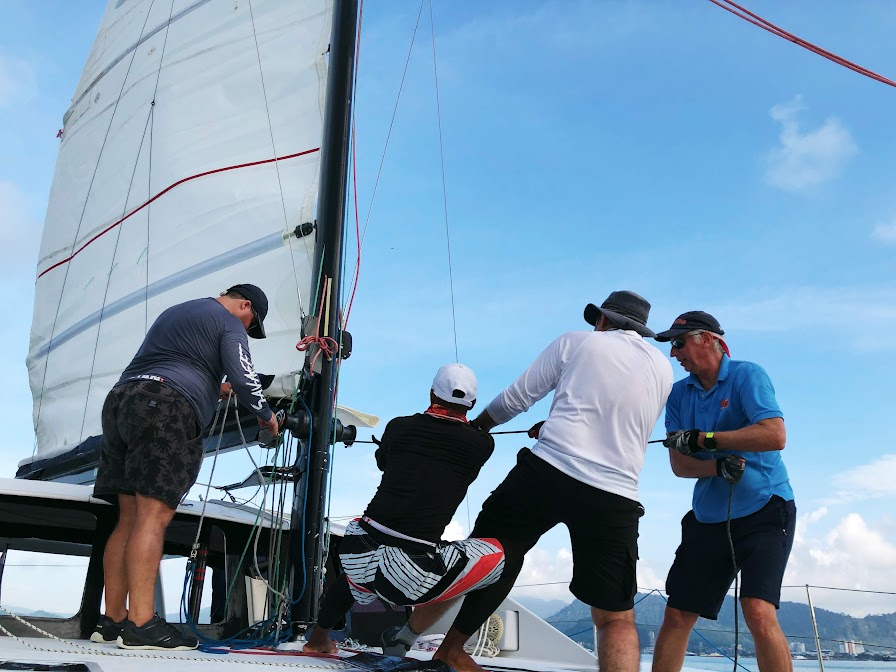 From Langkawi, we sailed our way to Penang just in time for the socials! Then came race day. The inshore races went quickly, thanks to all the practice we had that prepared us for all the quick turns and drops. Heck, I even learned how to bag the kite on my own! Did I mention that I’m 5’3” small and can be swallowed by the kite? Haha. 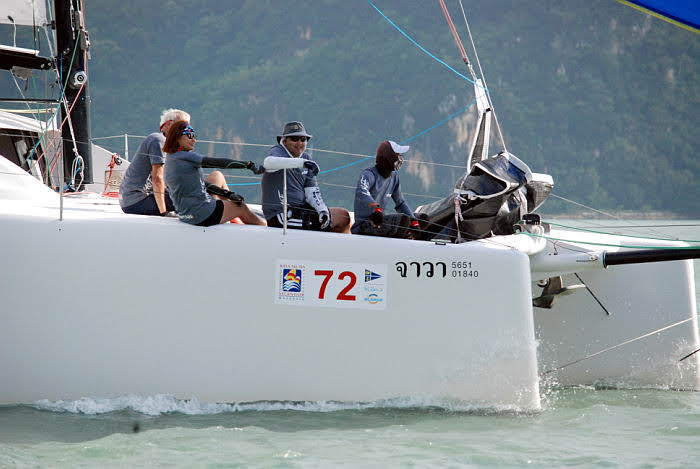 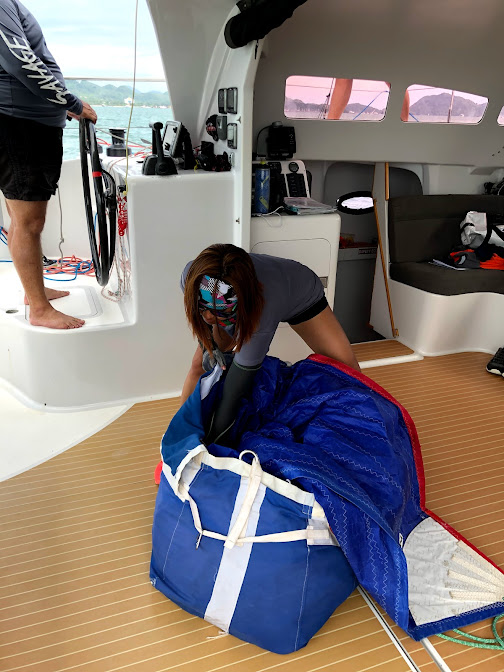 As fun as it was, the final race, a passage (my first ever passage race also) to Langkawi put everyone to the test. Just when we thought things are going smoothly, we were forced to continue on with a broken reef line and intense waves. But JAVA remained poised, and raced gracefully to the finish line – kudos to Joost and his awesome navigation skills, Neljohn and Roger who worked on the bow and pit. 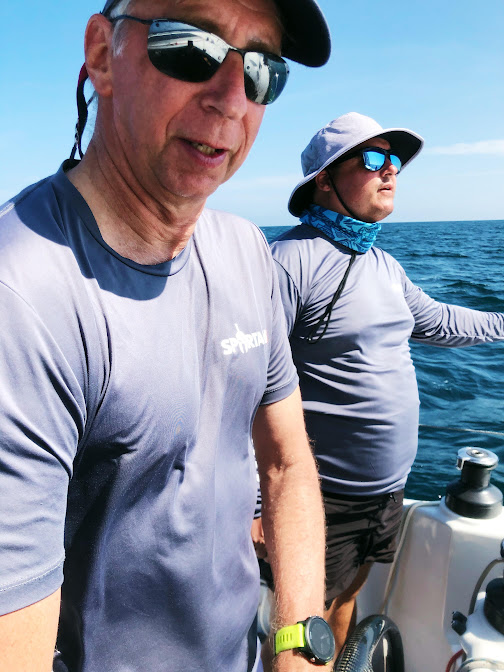 With good practice, communication and as Pete would call it “check, double check and triple check”, the team bagged overall first place in the multihull class! YAYYYY!!

Other than the trophies, two bottles of Old Pulteney, what else did I get? I got to learn so much in ten days!

What a great experience for a new recruit and a first timer in many things! 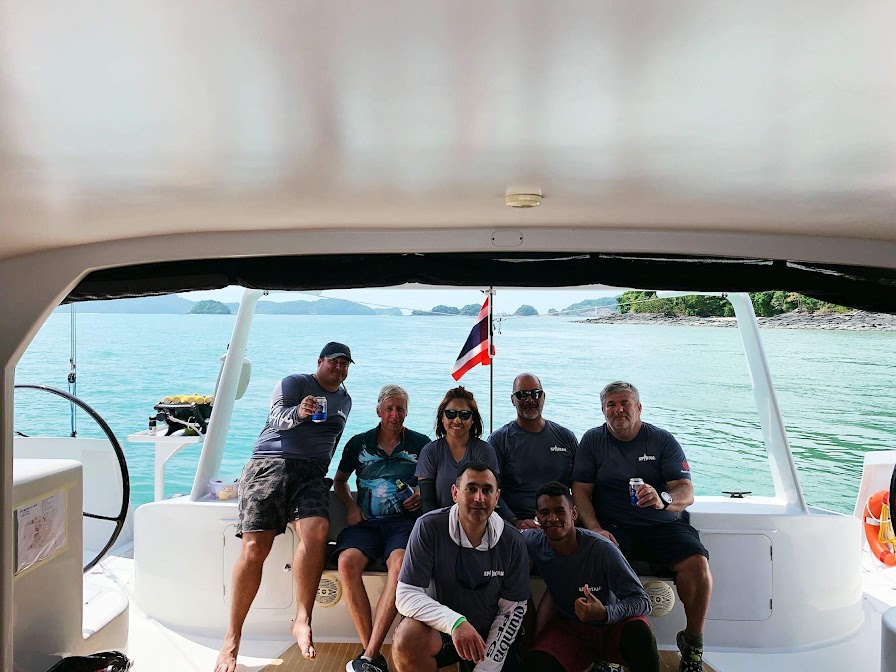 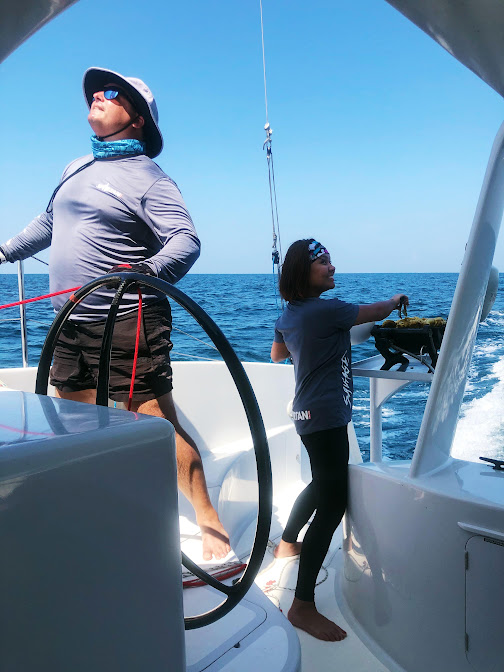 I’m creating another post for more photos so be sure to check that out, too.

P.S. Here’s a photo of the “Code Zero Chicken Barbecue” 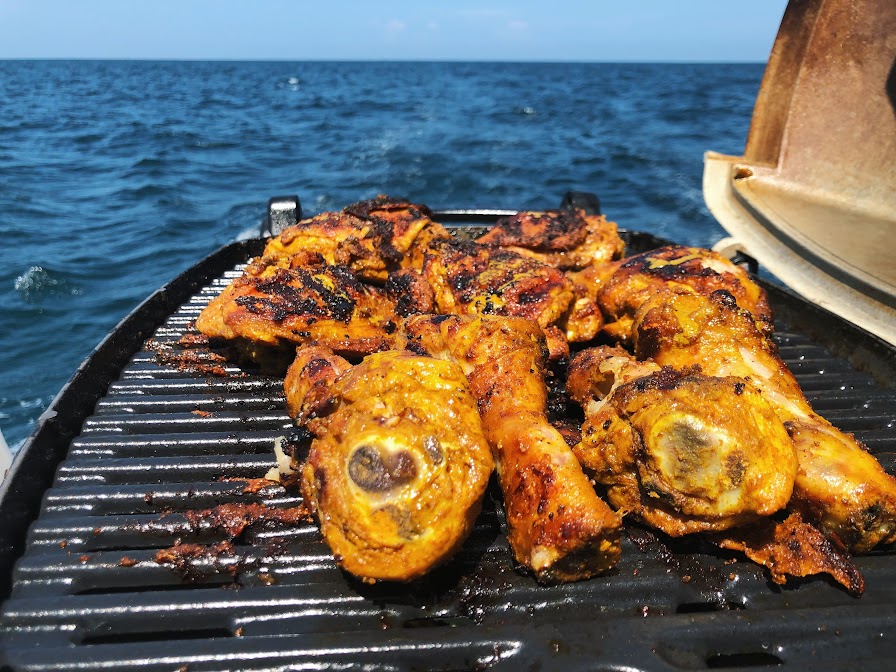